Nelson Mandela was a South African who is an anti-apartheid politician. He became the President of South Africa from 1994 to 1999. He became the first black chief executive in South Africa, and was first elected in a fully representative democratic election. His government focused was to break the apartheid law through tackling institutionalised racism, poverty and inequality, and fostering racial reconciliation. Politically an african nationalist and democratic socialist, he served as President of African National Congress(ANC)
from 1991 to 1997. After his presidency for South Africa, Nelson Madela became international Secretary General for the Non-Aligned Movement from 1998 to 1999. 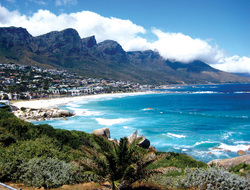 South Africa was colonized by the English and Dutch in the 1700.  South Africa was a country with a lot of resources such as minerals, diamonds, gold, etc. This caused the English people to invade the country and ignited the Boer War. It gave England their independence when the Afrikaner National Party was able to gain power in 1940's, which left England no choice but share power with them. This also gave the National Party a power to introduce an apartheid policy of racial segregation, limiting black Africans’ freedoms. Racial discrimination increased after they have made all the apartheid laws in 1948. Black and white marriages cannot happen in any way. 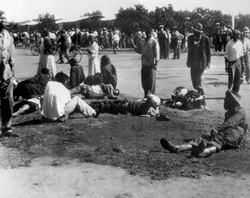 During the Apartheid many events happened such as people in South Africans were known/classified and seperated according to their appearance (Black, White and Mixed Africans). Mostly everybody were required to carry pass books to identify themselves, especially the 'blacks'. Another event that happened is in 1953, the Public Safety Act and the Criminal Law Amendment were passed to threaten the South Africans to not protest or appeal against the laws that are being made by the National Party. In 1960, the government killed 69 black protesters in Sharpeville who were demonstrating acts against the government policy of the 'black' people needing to have identification passes with them at all times. 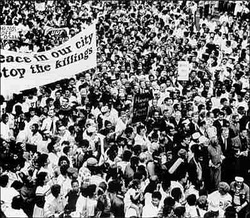 In April 27, 1994, the first democratic election was held, which gave the every single citizen of South Africa allowed to vote no matter if they were black, white or mixed. After the election, A black citizen of South Africa was ellected, which was Nelson Mandela. A guy who accepts everybody no matter what they look like and what kind of color they have. In 1995, Mandela wears a Springbok shirt of the South African Rugby team to show his support. Also in the same year the South African Rugby team won the Rugby world cup, which was held in South Africa. The Success of the National Rugby team, which the team is contained with mixed, black and white Africans opened the eyes of the world for human discrimination.The government also established the Truth and Reconciliation Commission to gives them ideas who 's involved in all the crimes that was made during the Apartheid. People are free to tell their stories and point out who they thought were involved in all the crimes during Apartheid and if these people is proven guilty they will face charges under the government law against crimes and discrimination. 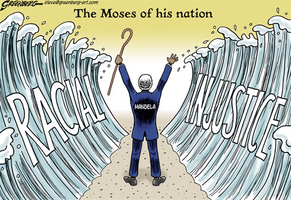 Apartheid might not exist in the world anymore and the effects of it to people still remain. Crimes and Injustices are still happening aroung the world. The remarkable Nelson Mandela's (The first Black South African President) achievements during his presidency decreased the discriminations and racisms around the world due to their race, colour, and religion and there are more acceptance of all nations. Equality among all white, black, asian, mixed, european and middle-east improved and more and more people are starting to accept others no matter where they come from, what colour of skin they have, what their religion are, etc.

Starting on the late 1940's Apartheid made a big impact to the South African music industry. A banch of musicians came out and started writing and making songs about whats happening in their surroundings and how hard it is to live with so many inequality happening to most people in South Africa. Most of the musicians used their music ability to encourage protesters to fight for their own freedom. Some musicians focus on producing music about the African 'traditional' music. During the whole Apartheid years, most musics contained a lot of emotional and dedicational lyrics and rhythms about people suffering in poverty, having inequality, being abused, injustice case, etc. Apartheid can be clearly seen in most of the music that are made during the event, whether through lyrics, instrumental choices, or genre. 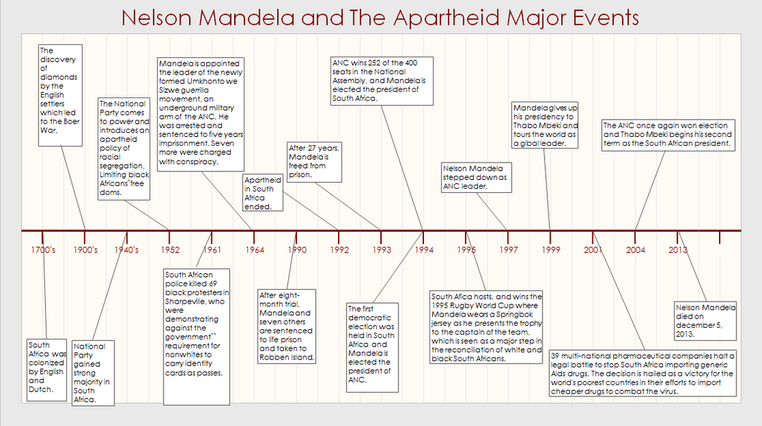